NTKP Note: The Reform Party have 300 candidates lined up for the General Elections and they need more. Their latest party conference in Manchester was a great success, their manifesto and policies highly credible, workable and doable. They represent a decent alternative to the sleaze, corruption and fraud surrounding the LibLabCon and the Covid-1984 scam.

They still support the toxic gene therapies in certain ‘vulnerable’ sections of society, but as the evidence emerges of the harm, toxicity and genocidal intent behind them they have the ability to recognise the truth and act on it in the nations interest.

I sincerely hope so. This party has the integrity and can make a difference. 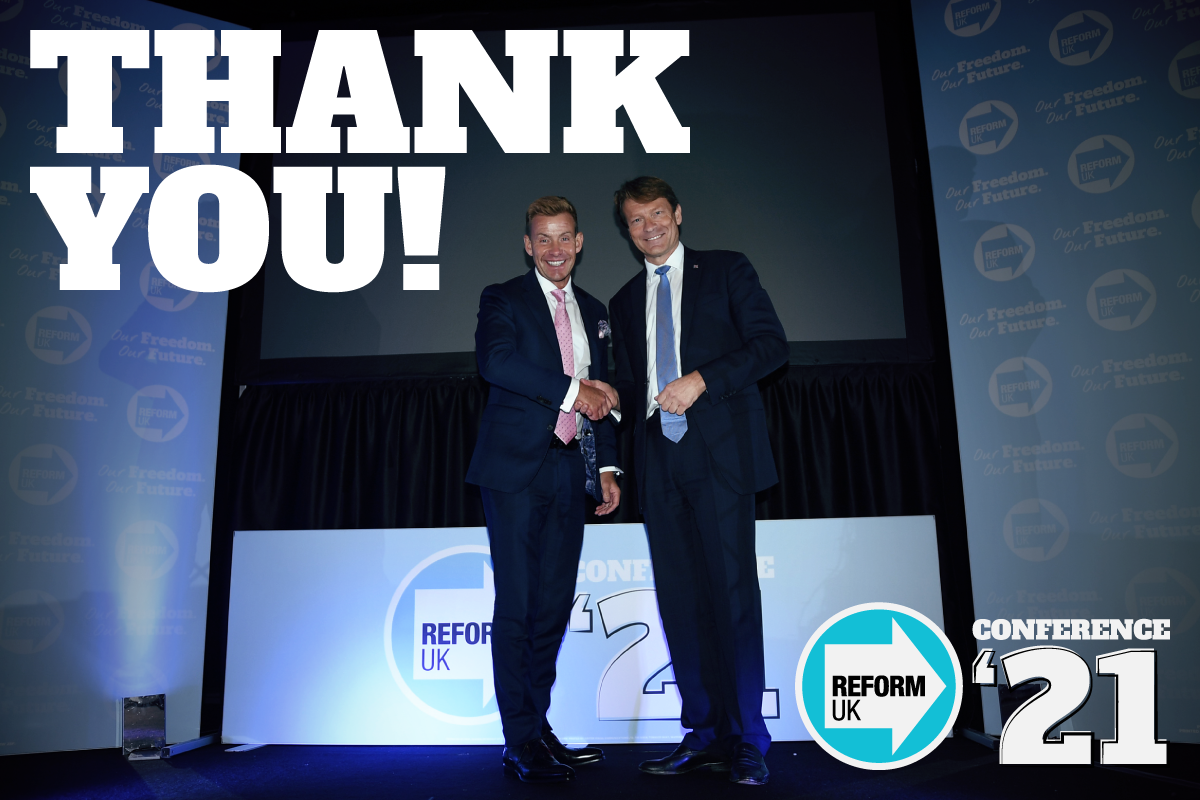 What a day we had together in Manchester last weekend. Our inaugural conference was a great success and everybody who was able to be there left with a huge sense of enthusiasm, optimism and with real confidence for what we could achieve together.

If you were one of the hundreds of people who got to come and enjoy an excellent lineup of speakers, then you will already know that the atmosphere really was electric. Those speeches have already started to go up online, so I hope that you get the chance to watch them again, or in some cases for the first time and enjoy them as much as I did. You can see them by clicking on one of the buttons below.

Throughout the day, we encouraged anybody who was looking for real reform to put their name forward to be a candidate at the next election. With over 300 applicants already working their way through the process we’ve made a great start, but we need many more to step forward and help us deliver our message across the country.

As I made clear in my speech, we plan to stand in around 600 constituencies, so there are plenty of candidates still to find. We are going to start the process of announcing candidates before the end of this month, so if you feel you could have what it takes to be at the forefront of our campaigns then now is the time to apply by clicking the link below.

We also announced the very exciting news that from 1st October, those who had previously been known as paid supporters of our party were now members.

This change is so important. I know that for us to succeed we need to be a party built around our grassroots so that you can have your say in how our party grows into the future. That is why, the next time our party needs a new Leader (which I’m hopefully anticipating will be some distance away), our members will decide who that will be. It also means that any eligible member can put their name forward for the role.

More information on our new Reform UK membership model will be emailed to members shortly and will give additional details on what being a member of Reform UK will now look like.

I really do feel that the momentum we have generated over this last month has the potential to continue on now as we move into what will be a hard, long election campaign. For that to happen though we need everybody willing to play their part.

Our ability to campaign, to put on conferences, to fight by-elections, to operate our magnificent campaign bus (which also featured heavily in Manchester, much to the chagrin of the Tories), our ability to do all of these things is dependent upon your generosity. Every pound you donate gives us a real edge in our fight against the establishment.

Please give what you can so that we can deliver the future that Britain needs.

This is our future. Let’s go and claim it.