Despite this dystopian reality, Laura’s campaign is proving to be wildly successful in fundraising efforts by out-raising her opponent for two consecutive quarters. The Daily Beast, a far-left blog, even nervously reported this week that Loomer “could actually get to Congress.” Laura has been able to do this largely because she still has a voice on Gab and also because she has a direct connection with her supporters through email marketing.

The elites realize that online advertising is empowering anti-establishment populists and their supporters to break through the narrative control of the mainstream media. This isn’t only happening in the United States, but also around the world. Take the VOX political party in Spain for example, which is facing tremendous censorship from Big Tech. Spain is now one of Gab’s fastest growing markets because of this censorship.

Gab has a growing community of almost 3 million people who are visiting Gab, Gab Trends, Gab Chat, and Dissenter every month. At Gab we are building a new frontier online. One grounded in American privacy and speech laws and powered by open source technology.

Laura’s initial success on Gab inspired us to think about how we could offer other political candidates the opportunity to directly communicate their messages to voters on our platform and help them raise funds in the process to support their campaigns.

So today Gab is excited to announce that we are launching a political advertising offering and will be piloting this offering with several 2020 Congressional candidates on both the left and the right over the coming months. Free speech is inherently political, especially given that political speech is being censored around the world online.

There will be no invasive and creepy tracking across the web with Gab’s ads. Just some simple old school banner ads, promoted posts on Gab, and good old fashioned emails.

We have been experimenting with several placement options on Gab Trends and Gab Social to promote our own merchandise and our GabPRO subscription service. We are now ready to bring the power of this system to political candidates just in time for the 2020 election cycle.

When we spoke with our users about this the vast majority of them said they supported the idea of ads to help fund Gab as long as they weren’t invasive like Big Tech. To be clear: we are not doing any creepy invasive tracking and we are not selling your information. Gab users can enjoy an ad-free experience on Gab by upgrading to GabPRO to help support and fund the site.

Before wrapping this up, there is one point regarding our advertising standards policy that we’d like to draw your attention to.

Gab.com is and always will be the home of free speech on the Internet. We will always attempt to adhere to a First Amendment standard – as set out in our Terms of Service – for the moderation of user-generated content on our site. Users can choose who they follow, do not follow, mute, and block. It’s not our business to police consensual and voluntary communications between our users.

An advertising service, however, is different, because it is not merely the provision of a place to speak. Advertising is the use of Gab’s platform as a megaphone to put unsolicited messages in front of our (overwhelmingly centrist and center-right) 1.1 million Gab users and over 2 million Gab Trends readers. Everyone should have a right to speak online, but no-one has the right to force Gab to feature and amplify their speech. Accordingly, there are certain types of advertising we will turn down as a matter of policy.

We are excited to experiment with this new offering and can’t wait to help political candidates on both the left and the right communicate with and reach a broader audience of millions of people on Gab. 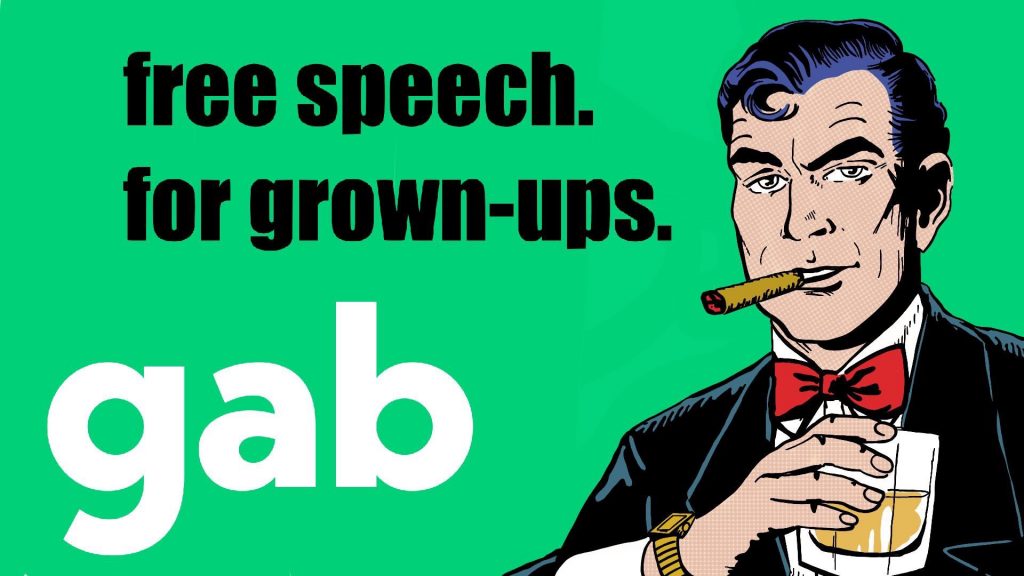 Gab builds Freedom Of Speech Software that is open source and decentralized.

We may earn commissions from some of the services and products listed on this site, but strive to offer honest reviews of products with full disclosure.