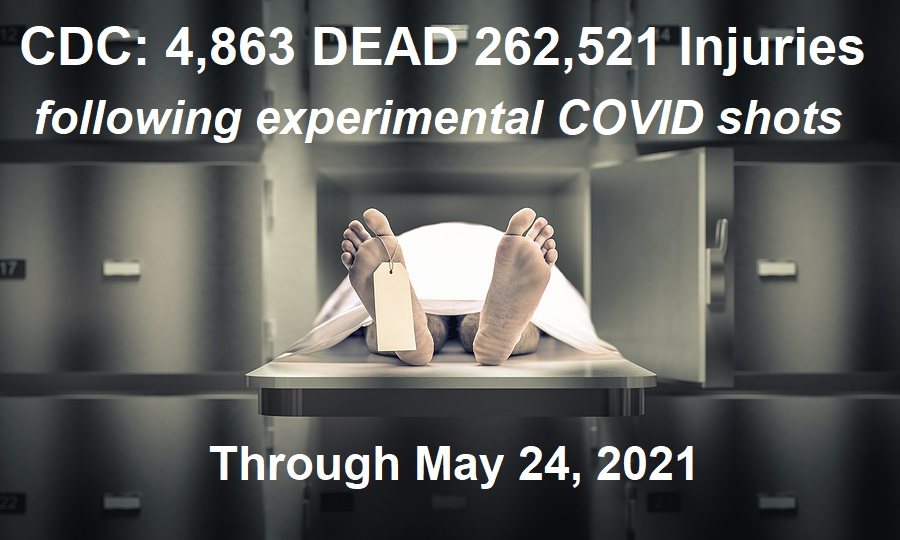 To put this number in perspective, since the CDC continues to claim that these deaths do “not establish a causal link to COVID-19 vaccines,” these deaths now exceed the total number of deaths reported to VAERS following vaccination for the past 23 years! 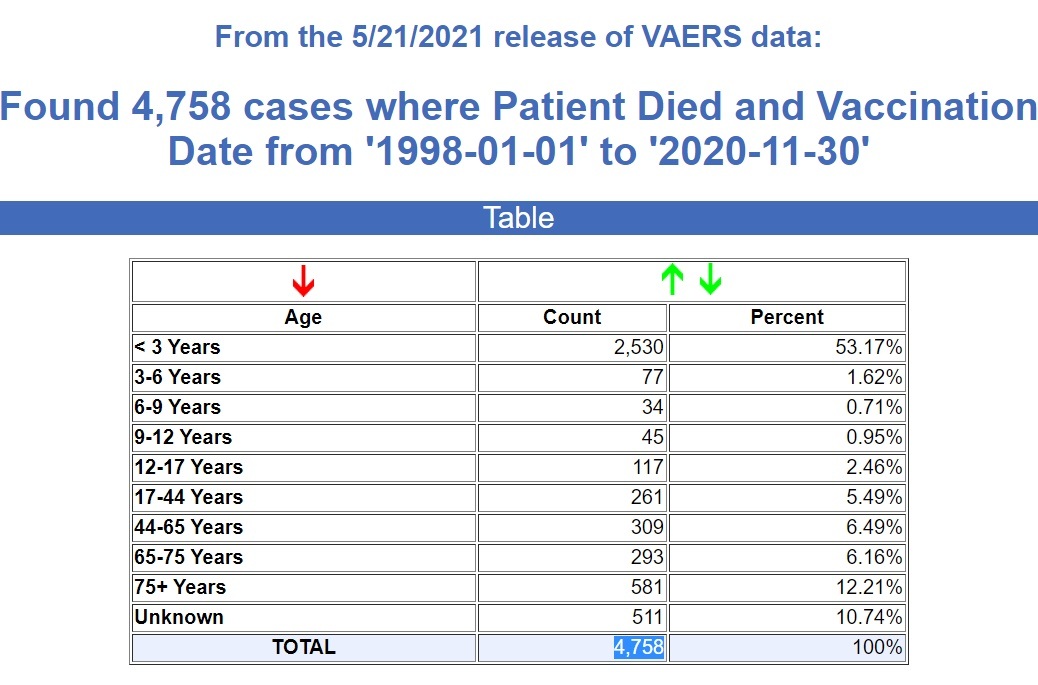 Please take note that for that 23-year period, over 50% of the recorded deaths following vaccination were infants and toddlers under the age of 3, because this is the next targeted demographic to receive the experimental COVID shots: young children. 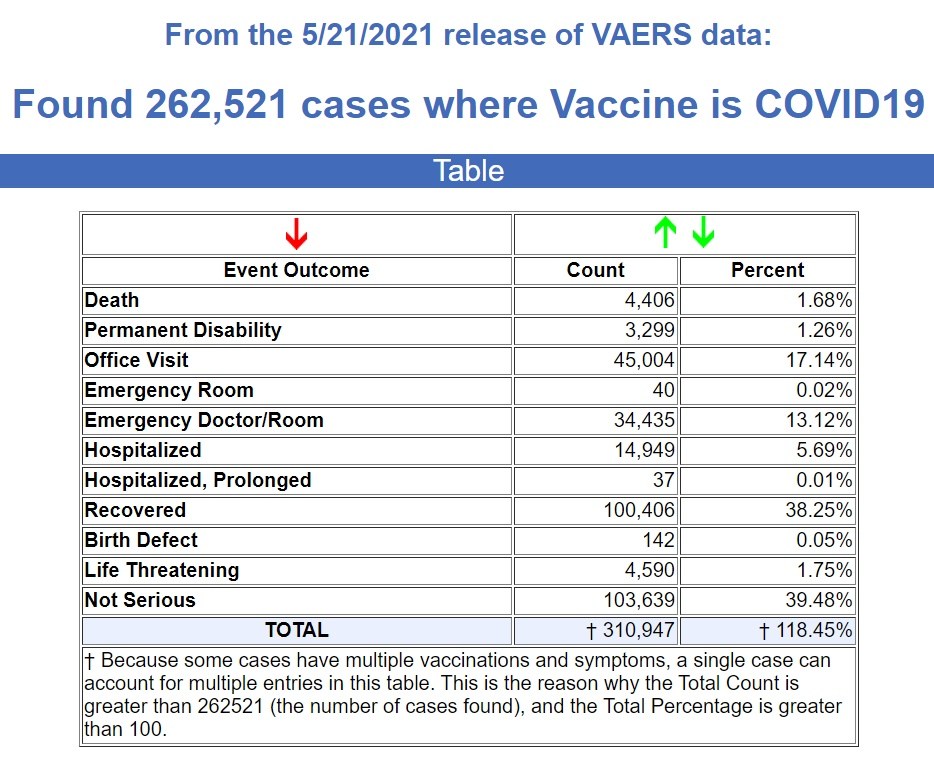 It is common knowledge now that reports submitted to VAERS for vaccine injuries and deaths historically are less than 1% of actual deaths and injuries. Most go unreported.

But what if the data for the new experimental COVID bioweapon shots that is reported to the CDC is not even being entirely published and shown to the public?

How many actual deaths could actually be happening shortly after receiving one of these experimental shots? Tens of thousands, one hundred thousand?

Albert Benavides has a Bitchute channel called WelcomeTheEagle88. Each week he does a deep dive into the data released by the CDC into VAERS. He records and stores everything, and has even found that the CDC removes records of deaths some weeks that were there in previous weeks.

Over 59% of the deaths VAERS is releasing to the public happened in February or earlier. So these numbers are severely under-reported.

Here is his latest analysis from last Friday.