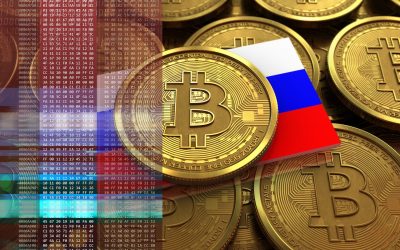 In 2019 Russia, Brazil, India, China and South Africa were planning to issue their own digital money in order to reduce the share of payments in the US currency. BRICS countries are reducing the share of settlements in dollars. In Russia, over the past five years, the dollar`s share in foreign trade payments has decreased from 92% to 50%, and the ruble has increased from 3% to 14%.

The efficient BRICS payment system can ensure stability of payments and investments between BRICS member countries that generate more than 20% of the global inflow of foreign direct investment. The development of national segments of payment systems and their sustainable integration are the important factors of economic partnership between the BRICS countries in conditions of increasing non-market risks of the global payment infrastructure.

Ideas of an alternative to the US dollar in international settlements have been actively discussed in different countries over the past few years. Only currencies like the Euro or RMB, due to the size of the country`s economy, can really compete with the US dollar. At the same time, traditional banking institutions, formed more than 50 years ago, do not meet modern requirements of transparency, flexibility and efficiency. Thus, it seems like the using the open registry technology (blockchain) can be the only real alternative to the existing payment system. China has repeatedly announced plans to launch its own cryptocurrency, and in this context, using the BRICS platform to attract partner countries looks very logical.

By the end of January, the global trade and logistics IT-platform “New silk road BRICS” will issue the “NSRT” token (New Silk Road Token). The initial price of the NSRT will be $20. No more than 0.35% of the total NSRT issue (which is 25.9 million tokens) is planned for the first placement. The recipient of the funds will be a company registered in Hong Kong. The first transaction of the NSRT token took place on August 29, 2019.

The NSRT token opens an era of completely new digital assets. This is the first token in the world that works in real sectors of the economy at the global level with the support of state and supranational BRICS structures. The NSRT token is the main digital tool of the platform. There are also plans to place NSRT on the cryptocurrency exchanges Okex, Kukoin, livecoin, Exmo, and the investors who influence the logistics and financial industries of the BRICS and BRICS+ countries will first show interest in this token.

Simultaneously with the creation of the NSRT token in 2020, it is planned to create, implement and convert stable digital assets in the form of Stable Coins, linked to the cost of real instruments, such as fiat money and energy carriers. The NSRT token can be used as a Commission payment on the logistics platform, trading platform, and for cross-border transfers to Stable Coins. NSRT is also planned to be used to maintain the liquidity of the Stable Coins emission centers of the platform.

The SWIFT System: A Potential Weapon in the Hybrid War

The global IT-platform “New silk road BRICS” was created under the auspices of such organizations as the BRICS Transport Association, the BRICS Energy Association, the business Club of the Shanghai Cooperation Organization (18 countries), IT-Association, Blockchain and Cryptocurrency Association based on the decisions of the state`s heads of China, Russia, South Africa and Brazil. The IT-platform is also hosting 20 BRICs profile associations for wider development of this Project in different sectors of the economy.

In September 2018, the first modules of the Trade and logistics platform were launched newsilkroadbrics.com. According to the inventors, it is a world freight exchange and a global trading platform, which consists of two parts: logistics and trading. The logistics platform is a technological platform where carriers offer their bids in real time, and the system automatically selects the winner based on the offered price and the conditions provided by the carrier. Thanks to innovative technical solutions, this platform allows to quickly monitor offers from tens of thousands of carrier companies. Using the simplest “platform menu” system, the user can find the best price for the transportation of goods within a few minutes, while the system calculates the bid itself in just 5 to 10 seconds.

The trading platform for exporting companies is designed to solve the full-cycle problem of calculating the price of a product, taking into account all stages of delivery to the final destination. This reduces the time for employees of exporting companies to form a price offer to the final buyer, increases confidence in suppliers, and facilitates and speeds up the negotiation process before signing international contracts. Also, as a result of the fact that the system itself is able to determine the best price for the delivery of goods, the exporting company can significantly save on transport costs and provide the customer with the most competitive price with delivery.

The entire system is built on the Ethereum platform. Full decentralization of the system guarantees the preservation of the transaction history and transaction balance, and can be distributed to nodes and servers in different countries to ensure the reliability of its operation and constant access to data in case of system failure. It is also a powerful decentralized marketing platform that is completely “transparent” and safe to use: all transactions in it are carried out publicly, and any part of the information can`t be changed or forged from the outside. Thanks to smart contracts and blockchain technology, users will have a unique opportunity to conduct the entire transaction and document flow within the system, starting from invoicing and paying for goods and ending with transport documents and delivery confirmations. Thus, the platform acts as an escrow agent between the buyer and the seller, and smart contract algorithms allow you to specify any conditions necessary for the parties to the transaction. From January to December 2019, the total number of orders in the system for various types of transportation amounted to more than 24 million tons of cargo.

According to the project managers, the platform is planned to be launched in the second quarter of 2020 in commercial mode. To pay for goods and services on the platform, in addition to the main fiat money, will be possible also with digital currencies of the BRICS and BRICS+ countries, as well as cryptocurrencies Bitcoin (BTC) and Ethereum (ETH) – in accordance with the legislation of those countries whose residents are contractors of a foreign trade transaction.

Since the launch in test mode in September 2018, the platform`s official partners have become the SCO Business Club, the BRICS Energy Association, the Russian Association of Crypto-industry and Blockchain, the Distributed Registry Technologies Association (Belarus), GLONASS JSC, the Wireless Ukraine Association, The National Telecommunications Association (NTA) of the Republic of Kazakhstan, Bitfury Group, Hideez Group, and others.

Perhaps the main task of the BRICS countries is to create an interstate system of interbank communication that would replace the SWIFT. Previously, there were no alternatives to the SWIFT system. But with the advent of distributed registry technology, the situation began to change. It turned out that blockchain can be used in the sphere of interbank and international payments. The distributed registry technology allows to do it faster and easier from a technical point of view, and cheaper, if the commission amount is reduced.

Maybe the SWIFT replacement initiative will remain an initiative. However, if it is implemented- and implemented successfully- we can see a new stage in the banking system.

Note to readers: please click the share buttons above or below. Forward this article to your email lists. Crosspost on your blog site, internet forums. etc.

Featured image is from InfoBrics

The original source of this article is InfoBrics
Copyright © Yana Grigoryeva, InfoBrics, 2020

Become a Member of Global Research