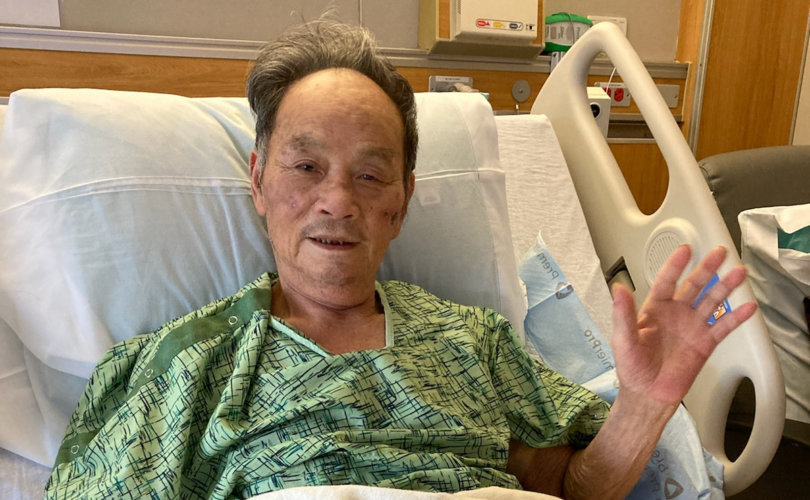 NAPERVILLE, Illinois (LifeSiteNews) — An elderly, critically-ill COVID patient who was repeatedly denied ivermectin has made a full recovery after a court ordered the hospital to treat him with the potentially life-saving drug.

On Thanksgiving weekend, Sun Ng, a 71-year-old man who spent 22 days on a ventilator with COVID-19, was discharged from Edward Hospital in Naperville, Illinois, following a successful treatment cycle of ivermectin. Despite the drug’s efficacy, the hospital had only agreed to the use of the drug after Ng’s daughter, Dr. Man Kwan Ng, obtained a court order mandating their compliance.

According to a press release distributed on behalf of Mauck & Baker law firm in Chicago, the court-ordered ivermectin treatment was given to Ng for five days, November 8 through November 12, and he was discharged on November 27, having fully recovered.

“My father’s recovery is amazing,” shared Dr. Man Kwan Ng in the release. “My father is a tough man. He was working so hard to survive, and of course, with God’s holding hands. He weaned off oxygen about three days after moving out of the ICU. He started oral feeding before hospital discharge. He returned home without carrying a bottle of oxygen and a feeding tube installed to his stomach. He can now stand with a walker at the bedside and practice stepping. After being sedated for a month on a ventilator in ICU, his performance is beyond our expectations. Praise the Lord.”

As previously reported by LifeSiteNews, the process of getting Ng ivermectin was not seamless, even with a court order. On Friday, November 5, Judge Paul Fullerton of the Eighteenth Judicial Circuit Court in DuPage County, Illinois, had granted Dr. Alan Bain access to the hospital for the purposes of administering the drug to Ng. Despite the court’s decision, the hospital refused Bain entry on the grounds that he was not vaccinated against COVID-19.

Following this, “An Emergency Report was filed with the court first thing on Monday morning, November 8, recounting the weekend’s events. After brief argument from both parties, Judge Fullerton admonished Edward Hospital’s representatives and restated that he ordered them to let Dr. Bain in on Friday, and that the hospital must let Dr. Bain in.”

Finally, the hospital complied with the judge’s request, and Bain was granted access to the facility.

In the spirit of thanksgiving, Ng’s daughter stated of the events, “Our family especially thanks Judge Paul Fullerton. Without him, we couldn’t bring my father home and couldn’t see him smile at us again. We also gratefully thank our attorneys, Ralph C. Lorigo and Mauck & Baker, LLC, for the entire legal process and fighting for my father’s rights. We also sincerely thank Dr. Alan Bain for walking along with us and his administration of Ivermectin to my father. We also want to say thank you to the doctors and nurses in the hospital. I saw the caring of the nurses when I stayed at the bedside with my father.”

In spite of mainstream media and other pro-vaccine entities misleadingly labelling ivermectin “horse de-wormer,” several studies have shown that the widely-used generic drug has virtually no risk of serious side effects and can be effective against COVID-19.

While federal regulators and drug makers have nevertheless aggressively suppressed the medication, various leading experts like Dr. Peter McCollough, Dr. Vladimir Zelenko, Dr. Robert Malone and the 12,700 doctors and scientists who signed the Rome Declaration have endorsed it as a COVID treatment.