A sample of the stories [Health Impact News] have covered where children and young adults died or were permanently injured following a COVID-19 shot.

The criminal CDC rubber stamped their approval to start injecting American children between the ages of 5 and 11 with the deadly Pfizer COVID-19 shot yesterday.

As we have pointed out numerous times here at Health Impact News, children this young have a near ZERO statistical chance of dying from COVID-19.

Here are the current number of COVID-19 deaths for this age group for the past two years. 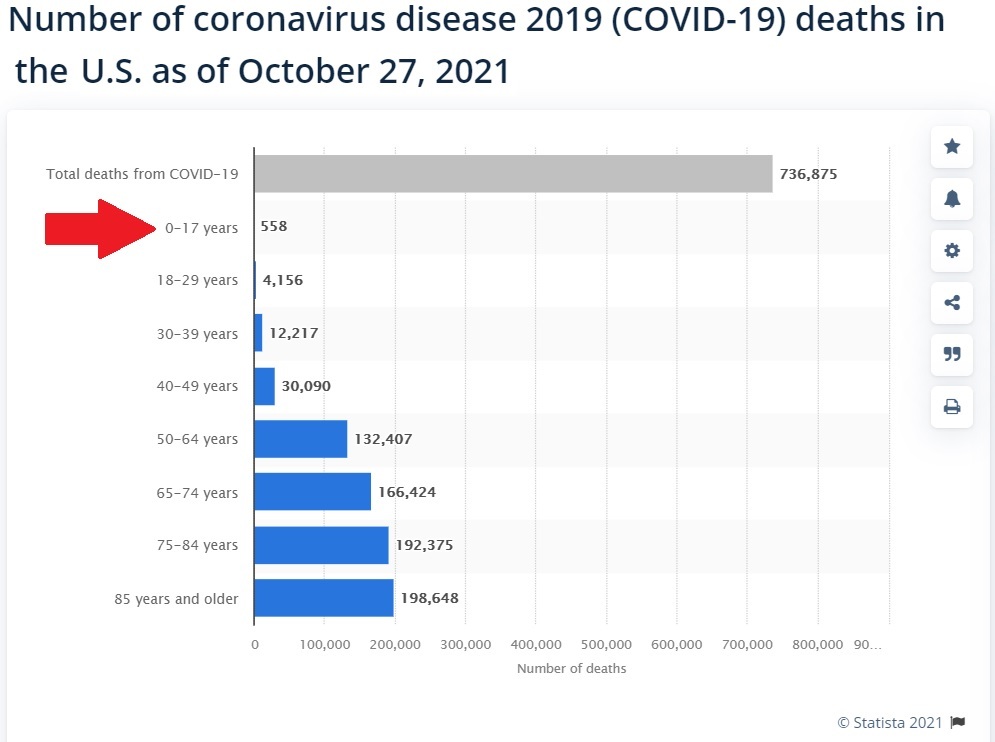 There is plenty of evidence that the FDA and CDC already know that the Pfizer shot is going to injure many children between the ages of 5 and 11.

A document prepared for the FDA Advisory Committee meeting, in which members voted seventeen to zero in favour of giving emergency use authorisation for the administration of the Pfizer Covid-19 injection to children aged 5 to 11, confirms that Pfizer have modified the formulation of their injection for children to include an ingredient that reduces the acidity of blood and is used to stabilise people who have suffered a heart attack. (Full story.)

Blood clots and heart disease are side effects that have already been observed in those who take the COVID-19 shots, especially effecting young boys.

In addition to this change in formulation for the Pfizer shots for younger children, Andrew White from the National File has reported that the FDA just recently approved the “first oral blood thinning medication for children.”

The Food and Drug Administration approved the “first oral blood thinning medication for children” a few months ahead of their COVID-19 vaccine rollout for children ages 5-11.

In late June 2021, the Food and Drug Administration (FDA) approved a drug called Pradaxa; oral pellets to treat children 3 months to less than 12 years of age with venous thromboembolism, a condition that involves blood clots forming in the veins. Pradaxa is the “first FDA-approved blood thinning medication that children can take by mouth,” reads the FDA News Release.

“With today’s approval of Pradaxa, pediatric patients have another therapeutic option to treat and prevent potentially deadly blood clots,” said Ann Farrell, M.D., director of the Division of Non-Malignant Hematology for the FDA Center for Drug Evaluation and Research.

A few months later, the FDA authorized children ages 5-11 to be injected with the Pfizer COVID-19 shot. (Full story.)

So they know what is in the future for this age group, and they are preparing for it.

And now just as pharmacies around the U.S. begin to start injecting young children with the criminal Pfizer shot, a whistleblower has come forward and published a report in the BMJ stating that Pfizer did not conduct proper safety trials before the COVID-19 shots were given emergency use authorization.

In autumn 2020 Pfizer’s chairman and chief executive, Albert Bourla, released an open letter to the billions of people around the world who were investing their hopes in a safe and effective covid-19 vaccine to end the pandemic. “As I’ve said before, we are operating at the speed of science,” Bourla wrote, explaining to the public when they could expect a Pfizer vaccine to be authorised in the United States.

But, for researchers who were testing Pfizer’s vaccine at several sites in Texas during that autumn, speed may have come at the cost of data integrity and patient safety.

A regional director who was employed at the research organisation Ventavia Research Group has told The BMJ that the company falsified data, unblinded patients, employed inadequately trained vaccinators, and was slow to follow up on adverse events reported in Pfizer’s pivotal phase III trial. Staff who conducted quality control checks were overwhelmed by the volume of problems they were finding.

After repeatedly notifying Ventavia of these problems, the regional director, Brook Jackson, emailed a complaint to the US Food and Drug Administration (FDA). Ventavia fired her later the same day. Jackson has provided The BMJ with dozens of internal company documents, photos, audio recordings, and emails.

On its website Ventavia calls itself the largest privately owned clinical research company in Texas and lists many awards it has won for its contract work.

But Jackson has told The BMJ that, during the two weeks she was employed at Ventavia in September 2020, she repeatedly informed her superiors of poor laboratory management, patient safety concerns, and data integrity issues.

Jackson was a trained clinical trial auditor who previously held a director of operations position and came to Ventavia with more than 15 years’ experience in clinical research coordination and management.

Exasperated that Ventavia was not dealing with the problems, Jackson documented several matters late one night, taking photos on her mobile phone.

One photo, provided to The BMJ, showed needles discarded in a plastic biohazard bag instead of a sharps container box. Another showed vaccine packaging materials with trial participants’ identification numbers written on them left out in the open, potentially unblinding participants. Ventavia executives later questioned Jackson for taking the photos.

Early and inadvertent unblinding may have occurred on a far wider scale. According to the trial’s design, unblinded staff were responsible for preparing and administering the study drug (Pfizer’s vaccine or a placebo).

This was to be done to preserve the blinding of trial participants and all other site staff, including the principal investigator. However, at Ventavia, Jackson told The BMJ that drug assignment confirmation printouts were being left in participants’ charts, accessible to blinded personnel.

As a corrective action taken in September, two months into trial recruitment and with around 1000 participants already enrolled, quality assurance checklists were updated with instructions for staff to remove drug assignments from charts.

In a recording of a meeting in late September2020 between Jackson and two directors a Ventavia executive can be heard explaining that the company wasn’t able to quantify the types and number of errors they were finding when examining the trial paperwork for quality control. “In my mind, it’s something new every day,” a Ventavia executive says. “We know that it’s significant.”

Ventavia was not keeping up with data entry queries, shows an email sent by ICON, the contract research organisation with which Pfizer partnered on the trial. ICON reminded Ventavia in a September 2020 email: “The expectation for this study is that all queries are addressed within 24hrs.”

ICON then highlighted over 100 outstanding queries older than three days in yellow. Examples included two individuals for which “Subject has reported with Severe symptoms/reactions … Per protocol, subjects experiencing Grade 3 local reactions should be contacted. Please confirm if an UNPLANNED CONTACT was made and update the corresponding form as appropriate.”

According to the trial protocol a telephone contact should have occurred “to ascertain further details and determine whether a site visit is clinically indicated.”

Documents show that problems had been going on for weeks.

In a list of “action items” circulated among Ventavia leaders in early August 2020, shortly after the trial began and before Jackson’s hiring, a Ventavia executive identified three site staff members with whom to “Go over e-diary issue/falsifying data, etc.” One of them was “verbally counseled for changing data and not noting late entry,” a note indicates.

At several points during the late September meeting Jackson and the Ventavia executives discussed the possibility of the FDA showing up for an inspection. “We’re going to get some kind of letter of information at least, when the FDA gets here . . . know it,” an executive stated.

Read the full report at The BMJ.

Pfizer is Targeting Your Children

Pfizer is spending a lot of money buying politicians and also marketing their killer shots to your children. The people behind this mega-corporation are not nice people, and they do not care about your children.

Like many of the super rich and famous, you can be sure that pedophiles and child sex traffickers can be found among them. Your children are simply a market for them to make money off of.

Here is a video they produced portraying young children who sign up for their vaccine trials as “super heros.” Following their commercial I have included video and images of what actually happens to many of these children in the REAL world after they take the shots.

This is on our Bitchute and Rumble channels. 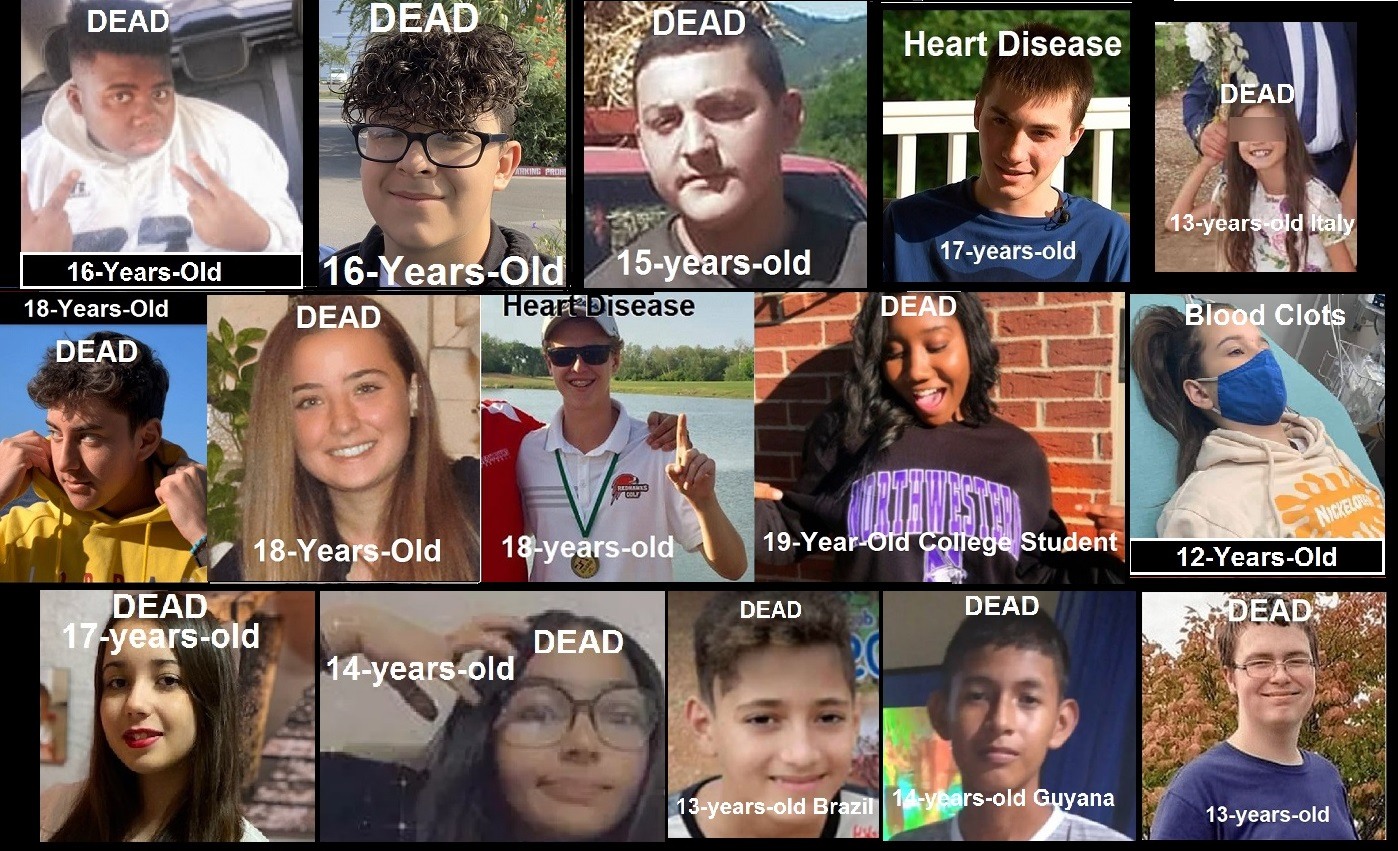 Doctors and COVID-19 Vaccine Injured Testify in Washington D.C. to Crimes Against Humanity – CDC, FDA, NIH, Fauci are No Shows 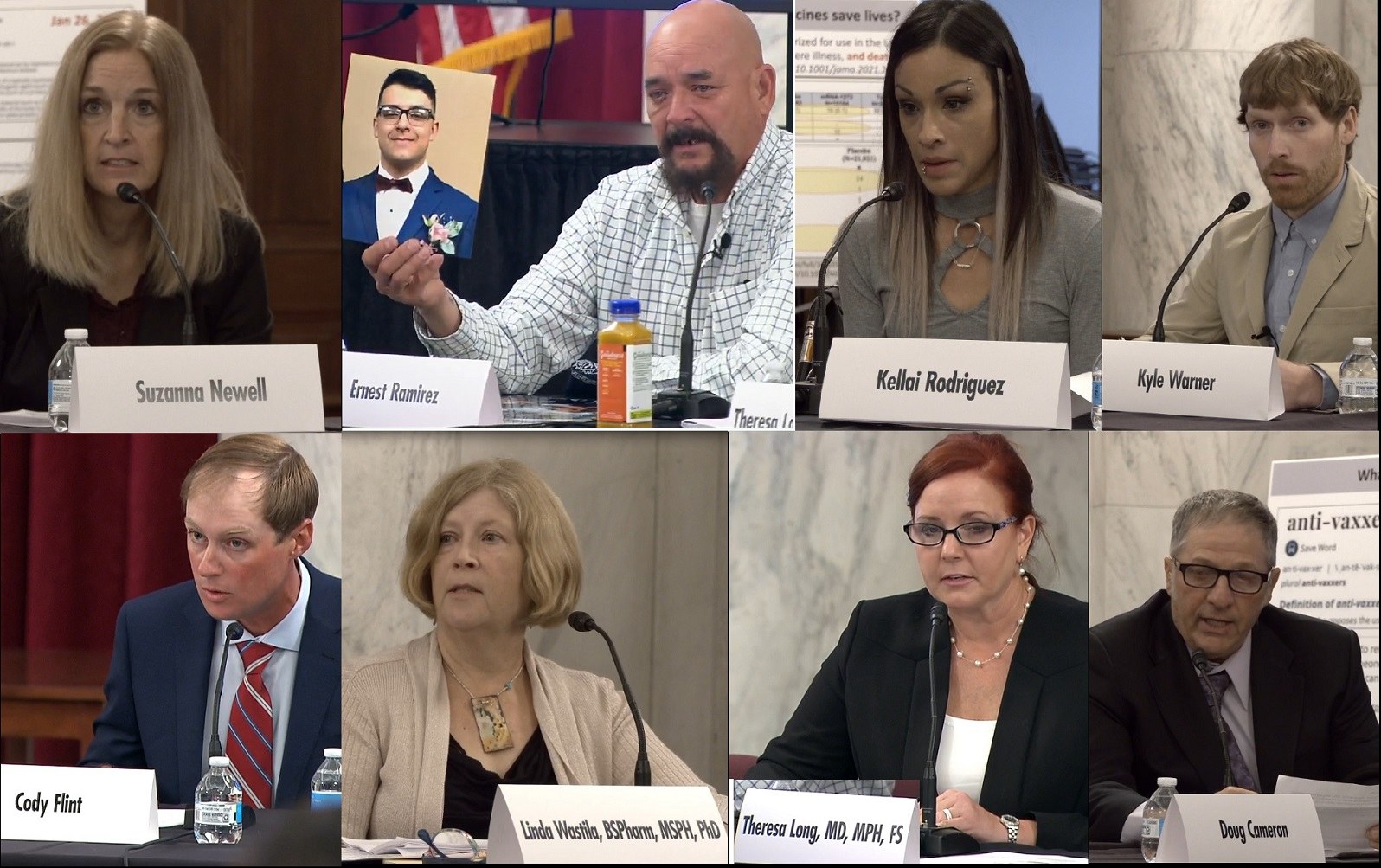 We Are Now on Minds.com, MeWe, and Telegram. Video channels at Bitchute and Rumble.