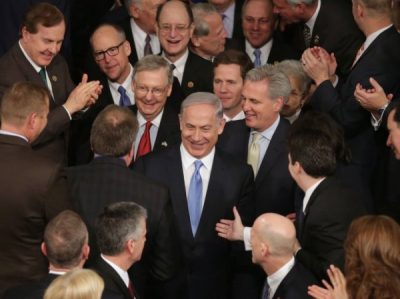 At a recent panel discussion in Washington, screenwriter, film director and producer Oliver Stone briefly addressed the issue of alleged Russian interference in the recent national election, observing that “Israel interfered in the U.S. election far more than Russia and nobody is investigating them.” A few days later, in an interview with Stephen Colbert on the Late Show, Stone returned to the theme, responding to an aggressive claim that Russia had interfered in the election by challenging Colbert with “Israel had far more involvement in the U.S. election than Russia. Why don’t you ask me about that?”

Don’t look for the exchange with Colbert on YouTube. CBS deleted it from its broadcast and website, demonstrating once again that the “I” word cannot be disparaged on national television. Stone was, of course, referring to the fact that the Israel Lobby, most notably acting through its American Israel Public Affairs Committee (AIPAC), is undeniably a foreign lobby, no less so than anyone representing the presumed interests of Russia or China. It operates with complete impunity on Capitol Hill and also at state and local levels and no one dares to require it to register under the Foreign Agents Registration Act of 1938, which would permit scrutiny of its finances and also end its tax-exempt “educational” status. Nor does Congress or the media see fit to inquire into AIPAC’s empowerment of candidates based on their fidelity to Israel, not to mention the direct interference in the American electoral process which surfaced most visibly in its support of candidate Mitt Romney in 2012.

The last president that sought to compel the predecessor organization of AIPAC to register was John F. Kennedy, who also was about to take steps to rein in Israel’s secret nuclear weapons program when he was assassinated, which was a lucky break for Israel, particularly as Kennedy was replaced by the passionate Zionist Lyndon Baines Johnson. Funny how things sometimes work out. The Warren Commission looked deeply into a possible Cuban connection in the shooting and came up with nothing but one has to wonder if they also investigated the possible roles of other countries. Likewise, the 9/11 Commission Report failed to examine the possible involvement of Israel in the terrorist attack in spite of a considerable body of evidence suggesting that there were a number of Israeli-sourced covert operations running in the U.S. at that time.

Looking back from the perspective of his more than 40 years of military service, former Chairman of the Joint Chiefs of Staff Admiral Thomas Moorer described the consequences of Jewish power vis-à-vis U.S. policy towards Israel, stating that

“I’ve never seen a president – I don’t care who he is – stand up to them [the Israelis]. It just boggles your mind. They always get what they want. The Israelis know what is going on all the time. I got to the point where I wasn’t writing anything down. If the American people understood what a grip those people have got on our government, they would rise up in arms. Our citizens don’t have any idea what goes on.”

He also addressed the 1967 Israeli assault on the USS Liberty, saying

“Israel attempted to prevent the Liberty’s radio operators from sending a call for help by jamming American emergency radio channels. [And that] Israeli torpedo boats machine-gunned lifeboats at close range that had been lowered to rescue the most-seriously wounded.” He concluded with “our government put Israel’s interests ahead of our own? If so, Why? Does our government continue to subordinate American interests to Israeli interests?”

It is a question that might well be asked today, as the subservience to Israeli interests is, if anything, more pervasive in 2017 Washington than it was in 2002 when Moorer spoke up. And, as in Moorer’s day, much of the partiality towards Israel makes its way through congress with little or no media coverage lest anyone begin to wonder whose tail is wagging which dog. To put it succinctly, there is an Israeli hand in much of what the United States does internationally, and the involvement is not intended to do anything good for the American people.

During the past several weeks alone there has been a flurry of legislation backed by Israel and its Lobby. One bill might actually have been written by AIPAC. It is called Senate 722, Countering Iran’s Destabilizing Activities Act of 2017. The bill has 63 co-sponsors, most of whom are the usual suspects, but it also included an astonishingly large number of Democrats who describe themselves as progressive, including Corey Booker and Kamila Harris, both of whom are apparently terrified lest they say “no” to Israel. With 63 co-sponsors out of 100 senators the bill was certain to pass overwhelmingly, and it was indeed approved 98 to 2, with only Rand Paul and Bernie Sanders voting “no.”

And there’s more to S.722 than Iran – it’s subtitle is “An act to provide congressional review and to counter Iranian and Russian governments’ aggression.” Much of it is designed to increase sanctions on both Iran and Russia while also limiting the White House’s ability to relieve any sanctions without approval by congress. Regarding Iran, the bill mandates that

“Not later than 180 days after the date of the enactment of this Act, and every 2 years thereafter, the Secretary of State, the Secretary of Defense, the Secretary of the Treasury, and the Director of National Intelligence shall jointly develop and submit to the appropriate congressional committees a strategy for deterring conventional and asymmetric Iranian activities and threats that directly threaten the United States and key allies in the Middle East, North Africa, and beyond.”

The premise is of course nonsensical as Iran’s ability to threaten anyone, least of all the United States, is limited. It is far outgunned by its neighbors and even more so by the U.S., but it has become the enemy of choice for congress as well as for the former generals who serve as White House advisers. The animus against Iran comes directly from Israel and from the Saudi Arabians, who have managed to sell their version of developments in their part of the world through a completely acquiescent and heavily Jewish influenced western media.

And there’s more. A bill has surfaced in the House of Representatives that will require the United States to “consult” with Israel regarding any prospective arms sales to Arab countries in the Middle East. In other words, Israel will have a say, backed up undoubtedly by Congress and the media, over what the United States does in terms of its weapons sales abroad. The sponsors of the bill, one Brad Schneider of Illinois, and Claudia Tenney of New York, want “closer scrutiny of future military arms sales” to maintain the “qualitative military edge” that Israel currently enjoys.

Schneider is, of course, Jewish and a life member of AIPAC, so it is hardly as if he is a disinterested party. Tenny runs for office in New York State, so it is hardly as if she is disinterested either, but the net result of all this is that American jobs and U.S. international security arrangements through weapons sales will be at least in part subject to Israeli veto. And you know that is precisely what will happen as Israel could give a damn what happens to the struggling American entity that it so successfully feeds off of.

And there’s still more. Bill HR 672 Combating European Anti-Semitism Act of 2017 was passed unanimously by the House of Representatives on June 14th. Yes, I said “unanimously.” The bill requires the State Department to monitor what European nations and their police forces are doing about anti-Semitism and encourages them to adopt “a uniform definition of anti-Semitism.” That means that criticism of Israel must be considered anti-Semitism and will therefore be a hate crime and prosecutable, a status that is already de facto true in Britain and France. If the Europeans don’t play ball, there is the possibility of repercussions in trade negotiations. The bill was co-sponsored by Ileana Ros-Lehtinen from Florida and Nita Lowey of New York, both of whom are Jewish.

There is also a Senate companion bill on offer in the Special Envoy to Monitor and Combat Anti-Semitism Act of 2017. The bill will make the Anti-Semitism Envoy a full American Ambassador and will empower him or her with a full staff and a budget permitting meddling worldwide. The bill is sponsored by Kirsten Gillibrand of New York and Marco Rubio of Florida. Gillibrand is unlikely to miss co-sponsoring anything relating to Israel due to her own self-interest and Rubio wants to be president real bad so he is following the money.

And finally, the U.S. Senate has also approved a resolution celebrating the 50th anniversary of Israel’s conquest of East Jerusalem. Again, the vote was unanimous. The resolution was co-sponsored by Senators Charles Schumer and Mitch McConnell, two reptiles who give snakes a bad name and about whom the less said the better. Schumer is Jewish and has described himself as the “shomer” or guardian of Israel in the Senate. That the resolution opposes long established U.S. government policy that the occupation of East Jerusalem and the West Bank by Israel is in contravention of international law and is an impediment to any peace process with the Palestinians apparently bothered not even one Senator. 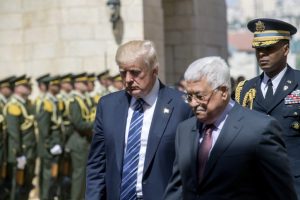 I might note in passing that there has been no Senate resolution commemorating the 50th anniversary of the bravery exhibited by the officers and crew of the USS Liberty as they were being slaughtered by the Israelis at the same time as Jerusalem was being “liberated.” There is probably even more to say, to include secret agreements with the Pentagon and intelligence agencies, but I will stop at this point with one final observation. President Donald Trump traveled to the Middle East claiming to be desirous of starting serious negotiations between Israel and the Palestinians, but it was all a sham. Benjamin Netanyahu took him aside and came out with the usual Israeli bullshit about the Palestinians “inciting” violence and hatred of Jews and Trump bought into it. He then went to see Palestinian President Mahmoud Abbas and shouted at him for being a liar and opposed to peace based on what Netanyahu had told him. That is what passes for even-handed in the U.S. government, no matter who is president. A few days later the Israelis announced the building of the largest bloc of illegal new settlements on the West Bank since 1992, an action that they claim is being coordinated with Washington.

Former Israeli Prime Minister Ariel Sharon once boasted about owning the United States. I guess he was right.

Become a Member of Global Research

Disclaimer: The contents of this article are of sole responsibility of the author(s). The Centre for Research on Globalization will not be responsible for any inaccurate or incorrect statement in this article. The Center of Research on Globalization grants permission to cross-post original Global Research articles on community internet sites as long as the text & title are not modified. The source and the author’s copyright must be displayed. For publication of Global Research articles in print or other forms including commercial internet sites, contact: publications@globalresearch.ca

www.globalresearch.ca contains copyrighted material the use of which has not always been specifically authorized by the copyright owner. We are making such material available to our readers under the provisions of “fair use” in an effort to advance a better understanding of political, economic and social issues. The material on this site is distributed without profit to those who have expressed a prior interest in receiving it for research and educational purposes. If you wish to use copyrighted material for purposes other than “fair use” you must request permission from the copyright owner.